TITAN was founded in 2011 by Mathieu Barré, François Guinaudeau, and Romain Pradeau. Their approach is characterised by a commitment to create simple and functional architecture harmoniously integrated into its environment. Born through the evocation of the distinctive industrial past of the city of Nantes, the name of the firm refers to the old docks on the Loire River, which are an integral part of its history. Addressing current challenges and future needs, their body of work includes residential, cultural and educational projects, as well as civic and technical buildings.

The office won international awards such as AJAP 2018, awarded by the French Ministry of Culture, 40 under 40, organised by the European Centre for Architecture Art Design and Urban Studies and the Chicago Athenaeum, and was selected for the Jeunes Architectes et Paysagistes Ligériens in 2011. TITAN was finalist at the AR Emerging Awards 2018 by the Architectural Review and has been nominated for the French architecture award Équerre d’argent 2019. The office received two nominations for the European Union Prize for Contemporary Architecture – Mies van der Rohe Award 2022 with the Welcome pavilion in Saint-Vincent-sur-Jard and the National museum Clemenceau. Dedicated to the life and work of Georges Clemenceau, the National museum Clemenceau in Mouilleron-en-Pareds is recognised as ‘Maison des Illustres’ and has been shortlisted for European Museum of the Year 2020 – the most prestigious museum award in Europe. In 2021, the practice is honoured with the Médaille d’architecture, Prix Delarue by the Académie d’Architecture, awarded to young architects under the age of 40 who have demonstrated exceptional talent, and is recipient of the Prix de l’Équerre d’argent 2021 for the SNCF signalling control station in Nantes, France.

Over the years, TITAN participated in international exhibitions such as the Cité de l’Architecture et du Patrimoine in Paris, BAU2019 in München, Virserum Konsthall in Sweden, the European Centre for Architecture Art Design and Urban Studies in Athens, the Anchorage Museum and the École Nationale Supérieure d’Architecture de Bretagne in Rennes. Entitled ‘Variations’, the practice presented in 2019 their first monographic exposition at the Maison régionale de l’architecture des Pays de la Loire in Nantes, France. In 2021, TITAN was invited to reimagine Nantes’ historic Place Graslin as part of the art festival Le Voyage à Nantes. 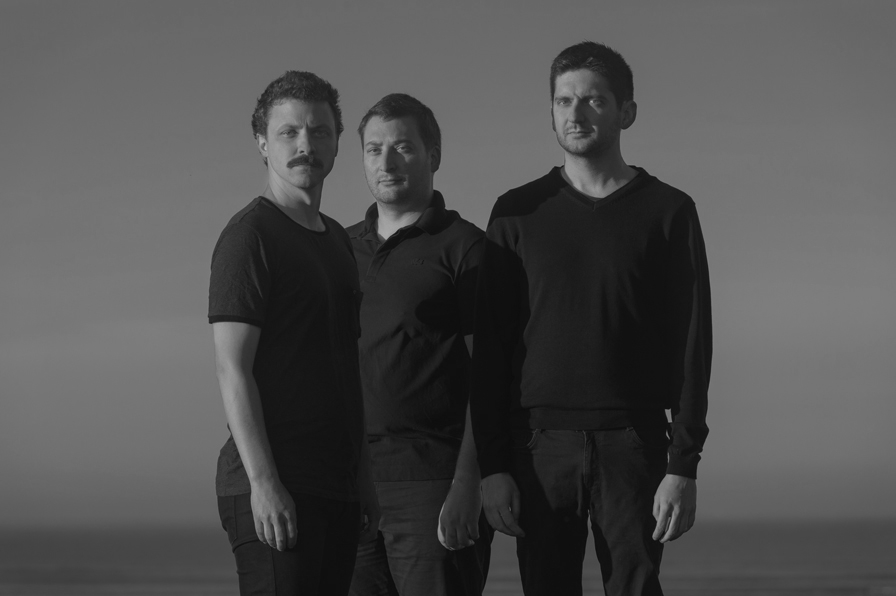 Mathieu Barré was born in France in 1986. He graduated from the École Nationale Supérieure d’Architecture in Nantes in 2008, after which he gained experience at diverse offices in France. His approach mediates between the most intangible ideas to the most technically perfect realizations. He was recently honored with the AJAP 2018, awarded by the French Ministry of Culture, the Médaille d’Architecture – Prix Delarue 2021, awarded by the Académie d’Architecture, and the Prix de l’Équerre d’argent 2021, organized by Le Moniteur/AMC.

François Guinaudeau was born in France in 1985. He holds a degree from the École Nationale Supérieure d’Architecture in Nantes. His context-based approach accentuates a relationship to nature, and to the landscape. He taught previously at his alma mater, and more recently has been awarded with the AJAP 2018 by the French Ministry of Culture, and the Médaille d’Architecture – Prix Delarue 2021, awarded by the Académie d’Architecture, and the Prix de l’Équerre d’argent 2021, organized by Le Moniteur/AMC. 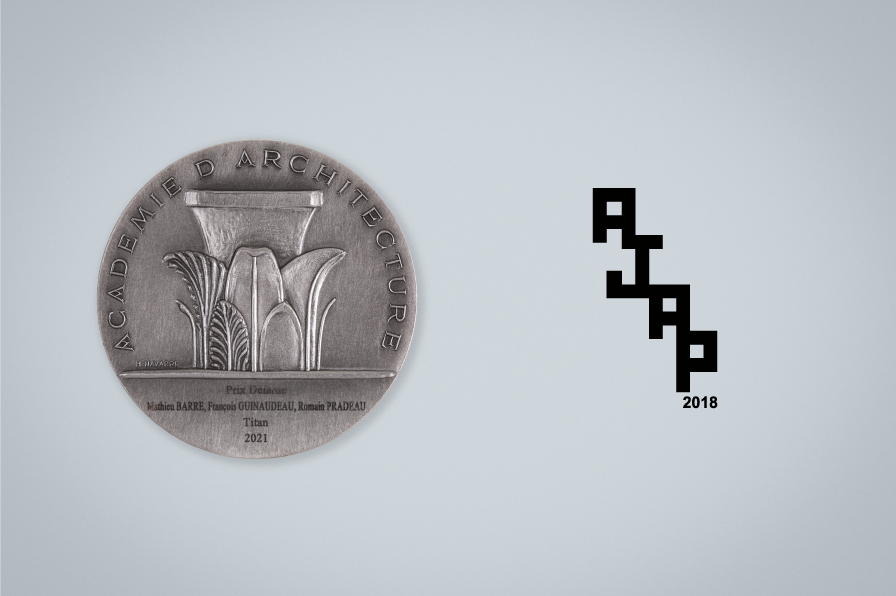 The installation Versus – Playground 2021 has received an Honourable Mention by the “Barbara Cappochin” International Architecture Prize. The jury statement: ‘Temporary architecture designed for a public space and for an intergenerational community. A strong urban footprint that gives character to a city open to the contemporary and to experimentation.’ The presentation of the winners and their best works, the inauguration of the Tables of Architecture in Piazza Cavour, with the exhibition of the best works selected by the Jury and the Awards Ceremony will take place on May 7 as part of the tenth edition of the Barbara Cappochin International Biennial of Architecture.

The Barbara Cappochin Foundation aims to keep alive the memory of Barbara, a young student of the IUAV Faculty of Architecture in Venice, also through the promotion of quality architecture.

TITAN is a recipient of the French prize Équerre d’argent 2021 in the category  “Lieux d’activités” (places of activity) for the SNCF signalling control station in Nantes, France.

Organized by the reviews Le Moniteur des travaux publics et du bâtiment and the AMC Le Moniteur Architecture, the Équerre d’argent has been awarded each year since 1983 by an independent jury of architects, architecture critics, and developers to celebrate excellence in the built environment in France and the collaboration between the client and the architect.

‘This signalling control station project is expressed through an extreme synthesis of form, programme, location and building technique. It is as if this building had always been there, although we know that it is not. It is a manifestation that architecture can appear in unexpected moments and programmes and that something sublime can be achieved’ – Umberto Napolitano, member of the jury of the 2021 edition.

The Prix Delarue, created in 1905 by the Société Centrale, is a medal awarded to young architects under the age of 40 who have demonstrated exceptional talent. The French Academy of Architecture awarded this prize to Mathieu Barré, François Guinaudeau and Romain Pradeau in recognition of ‘their generous involvement, support and commitment to the production of meaning for responsible architecture’.

AJAP/Les Albums des Jeunes Architectes et des Paysagistes is an award given every two years by the French Ministry of Culture and Communication to professionals under 35 in the field of architecture and landscape design.

The 2018 AJAP jury was chaired by the Ministry of Culture, co-chaired by Claire Gautier, 2016 Grand Prix national du paysage, and by Jean-Marc Ibos, 2016 Grand Prix national de l’architecture. On December 28, 2003, 17 teams (14 architectural and three landscape designers) were selected from 240 entries. All but one team already had a built project in its portfolio, perhaps indicating these young designers’ commitment and willingness to take risks.

For the 2018 session, chaired by the French Minister of Culture, the jury was co-chaired by Claire Gautier, landscaper, Grand Prix national du paysage 2016, and by Jean-Marc Ibos, architect, Grand Prix national de architecture 2016. The jury, composed of 15 architects, landscape designers, project owners, representatives of the press and the government, met on March 27 and 28 of 2018, to examine the 159 files resulting from an international call for applications.
Jean-Marc Ibos wished ‘to celebrate, through the work of these young teams, the desire to think of architecture and landscape as a cultural vector which highlights both daring and experimentation’.

Two projects by TITAN – the National Museum Clemenceau in Mouilleron-en-Pareds and the Welcome Pavilion Clemenceau in Saint-Vincent-sur-Jard – have been nominated for the 2022 Mies van der Rohe Contemporary Architecture Prize of the European Union.

TITAN received a special mention at the A+Firm Awards 2021 in the category ‘Best of the Year Young Firm’. With this award, Architizer annually celebrates the best buildings and practices around the world.

Mathieu Barré, François Guinaudeau and Romain Pradeau are recipients of the 40 under 40 Award. Organised by the European Centre for Architecture Art Design and Urban Studies and The Chicago Athenaeum: Museum of Architecture and Design, Europe 40 Under 40 is an annual awards program that celebrates the next new talented generation of European architects and designers. The exhibition ‘Europe 40 Under 40’ presented the winners’ works in February 2018 at Contemporary Space Athens, Greece.

The National Museum Clemenceau in Mouilleron-en-Pareds was nominated for the EMYA European Museum of the Year Award 2020. The European Museum of the Year Award (EMYA) was founded in 1977 under the auspices of the Council of Europe, with the aim of recognising excellence in the European museum scene on the principles of supporting, encouraging, awarding and showcasing excellence and innovation in the museum field, particularly in the areas conceptualised by Kenneth Hudson as ‘public quality’.

TITAN was nominated for the French prize Équerre d’argent 2019 in the category ‘Première oeuvre’ (first works). Since 1983, the aim of the Equerre d’argent / Les prix d’architecture du Moniteur prize has been to promote the best architectural production in France.

Organized by the reviews Le Moniteur des travaux publics et du bâtiment and the AMC Le Moniteur Architecture, the Équerre d’argent has been awarded each year since 1983 by an independent jury of architects, architecture critics, and developers to celebrate excellence in the built environment in France and the collaboration between the client and the architect. 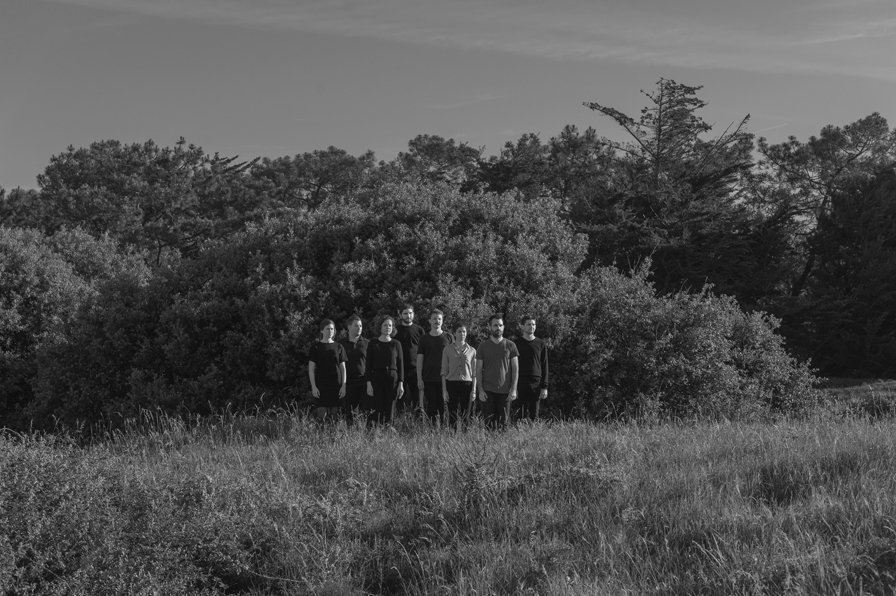